The panzer bathtub: BRDM-2 in Ukraine

The ZSU-57-2 was my first attempt to recreate a model from a historical photo and I really liked how it went down. I decided I would try to recreate a real vehicle once again. The BRDM-2 has been on my ‘to do’ list for a while but I didn’t have just the right photo. It took me literally hours to go through every nook and cranny of the Internet. But finally I got what I wanted: an Ukrainian BRDM-2 serving in the recent Ukraine-Russia conflict. 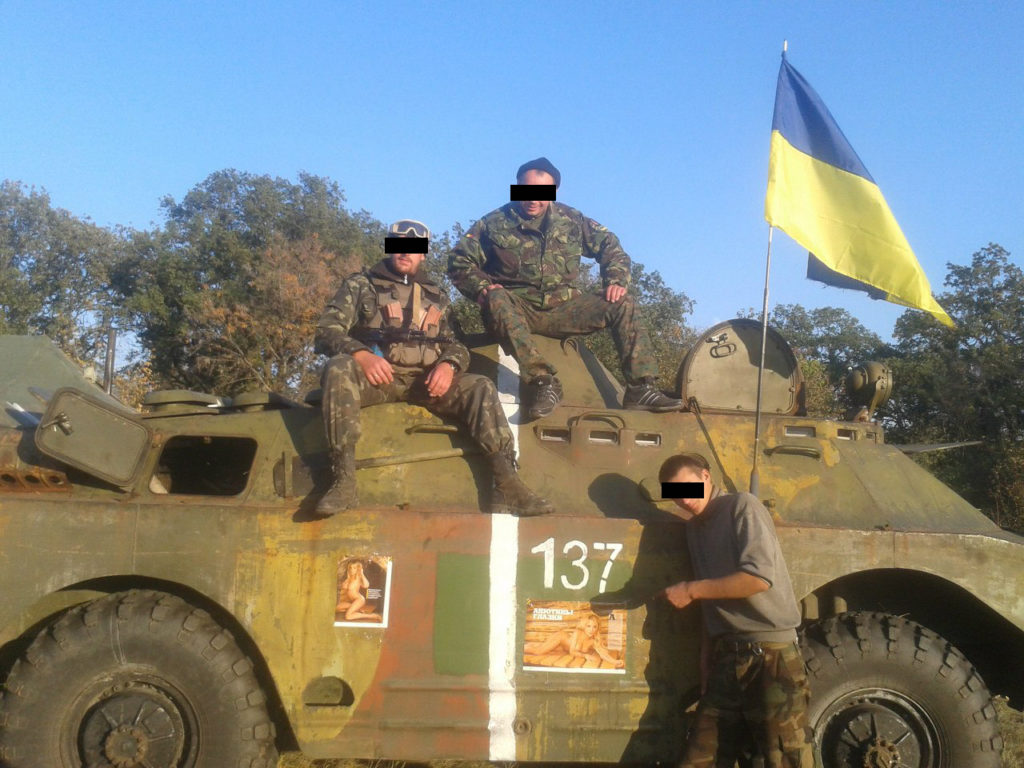 BRDM-2 is the youngest descendant of a long line of Russian scout cars. The great grandfather would probably be the BA-64, the first serious Russian armoured car influenced by German vehicles like Sd.Kfz. 222. Of course, there were even earlier constructions like BA-20 or FAI, but I don’t think we need to dig that deep.

BA-64 had all-wheel drive and armour resistant to low calibre projectiles. It was also equipped with a rotating turret and a DT-29 machine gun. 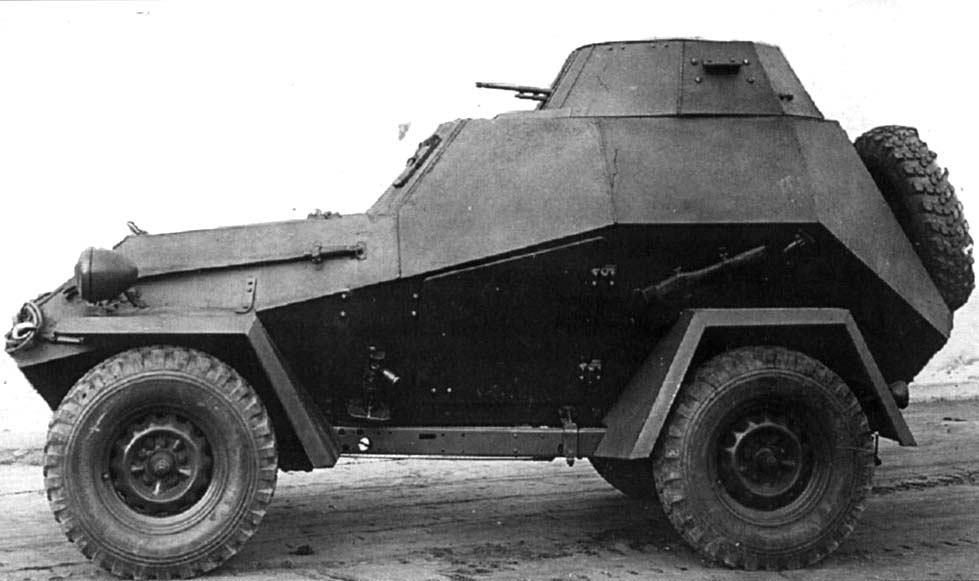 The next one was BTR-40, a post-war design, much heavier and bigger than its predecessor. The constructors took a step back creating an open top compartment without a turret. The thing looked like an American M3 half-track but on wheels. BTR-40 could serve as an APC and take up to 8 passengers, but it lacked amphibious and off-road capabilities of a typical scout car. 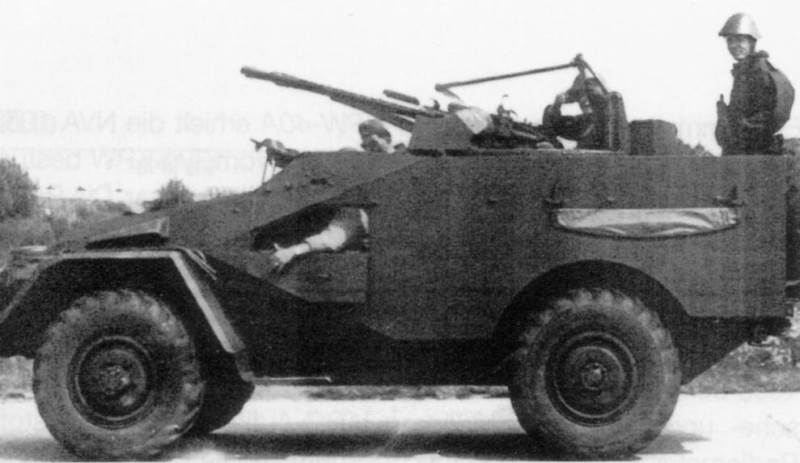 We’re coming really close because here comes the BRDM-1. The whole concept of a scout car was redesigned to create basically a driving boat. The new vehicle was able to swim and had two pairs of additional wheels that could be lowered down in difficult terrain. But still, no turret and a very weak engine. 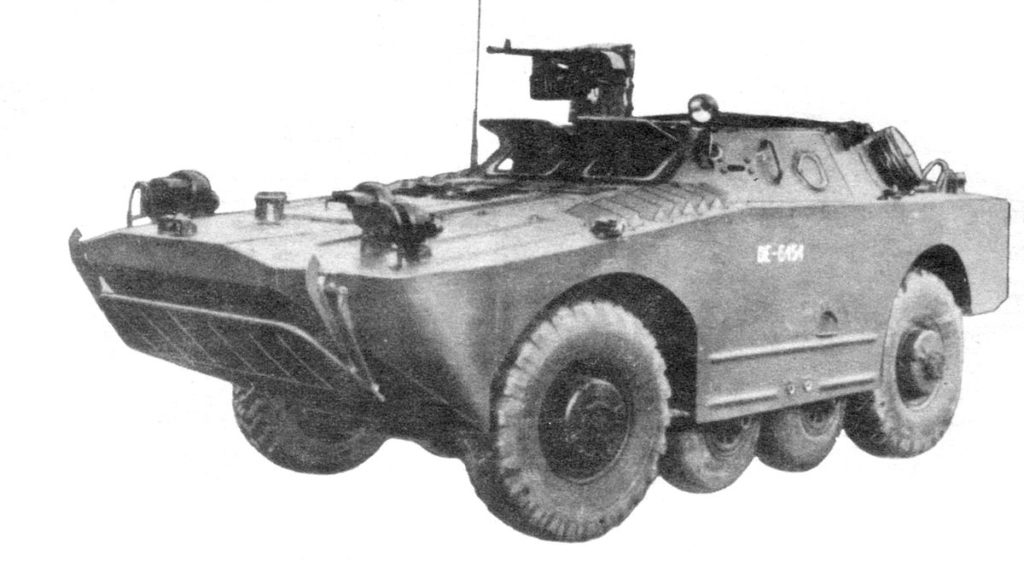 And here comes the hero of the day.  The concept was redesigned once again and the boat shape was replaced with an… armoured bathtub.

BRDM-2 had amphibious capabilities and 2 pairs of movable auxiliary wheels like its predecessor. The new features included the BPU-1  turret with KPVT heavy machine gun and a lot of modern equipment like night vision periscopes. The construction had its flaws like thin armour that wouldn’t stop anything except machine gun fire. The BRDM-2 was also criticized for the lack of exit hatches on the sides of the vehicle and in the turret. In an emergency situation the crew of 4 had to escape through 2 small hatches above the driving seats.

But nevertheless, the BRDM-2 became maybe the most iconic armoured car of the XX century. For a long time it was a go-to scout vehicle in the whole Warsaw Pact and beyond. The Russians have been selling them to just about anybody who put the money on the table. The production was halted in 1989, but BRDM-2 still participates in many conflicts all around the globe.

The photo I’ve chosen presents a vehicle fighting in the recent Ukraine-Russia clash. This new type of conflict, a hybrid war, blurs the line between the regular army and the partisan militia, between the propaganda and the cyber espionage. My BRDM-2 obviously fought in the Ukrainian forces but who knows what had happened to this vehicle before? It could have changed hands many times.

Last time, with the ZSU-57-2, I had only one photo to work with. So a big part of the build was a guessing game. This time I did my homework and I managed to find more photos of the vehicle. Check them out. 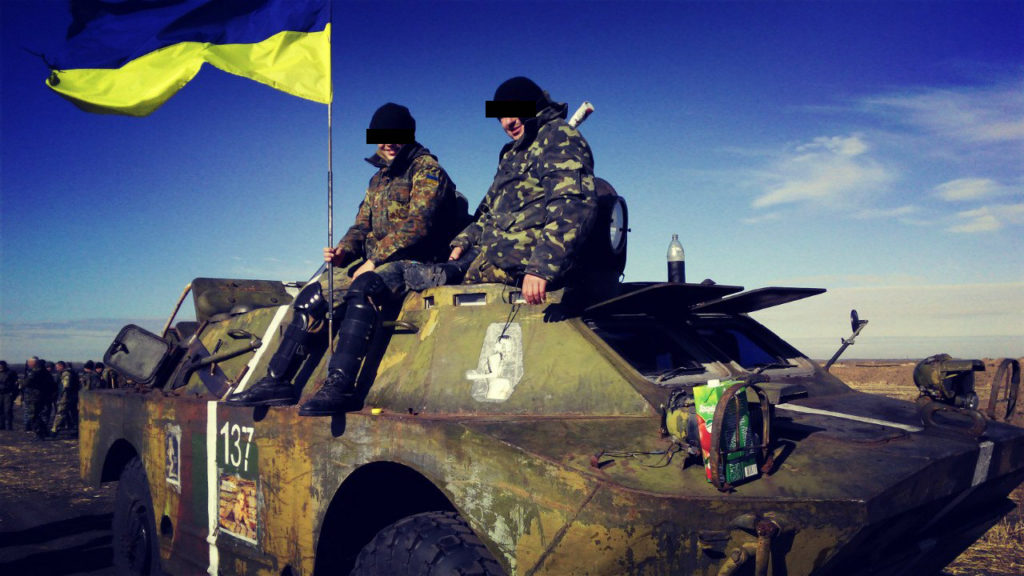 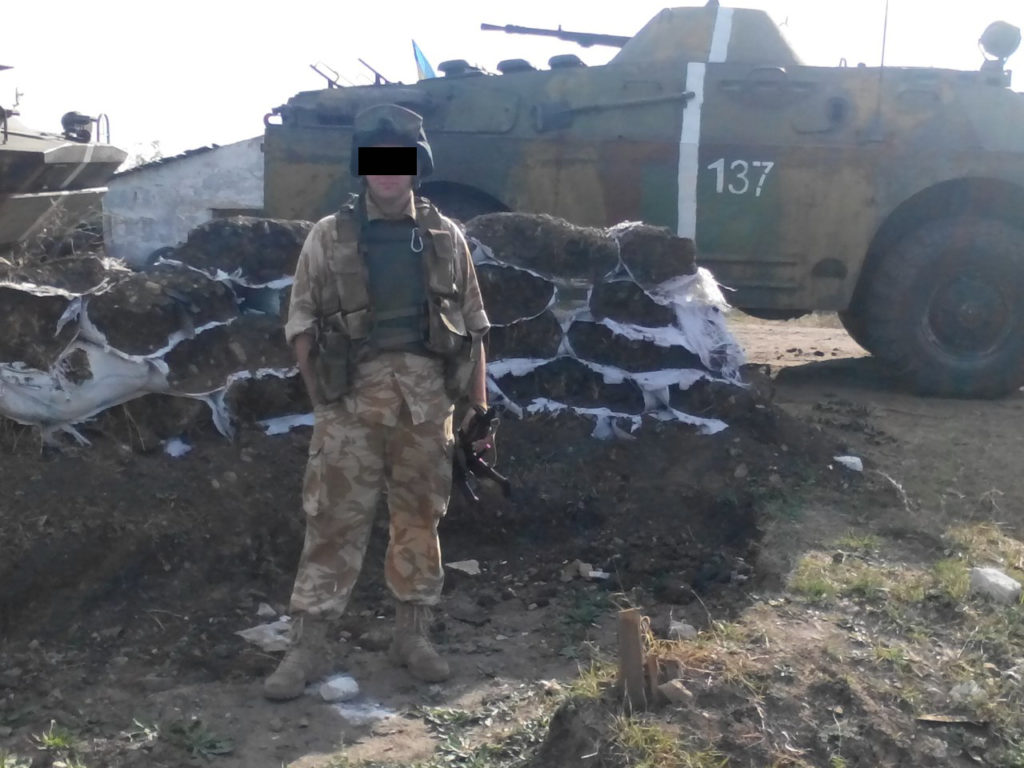 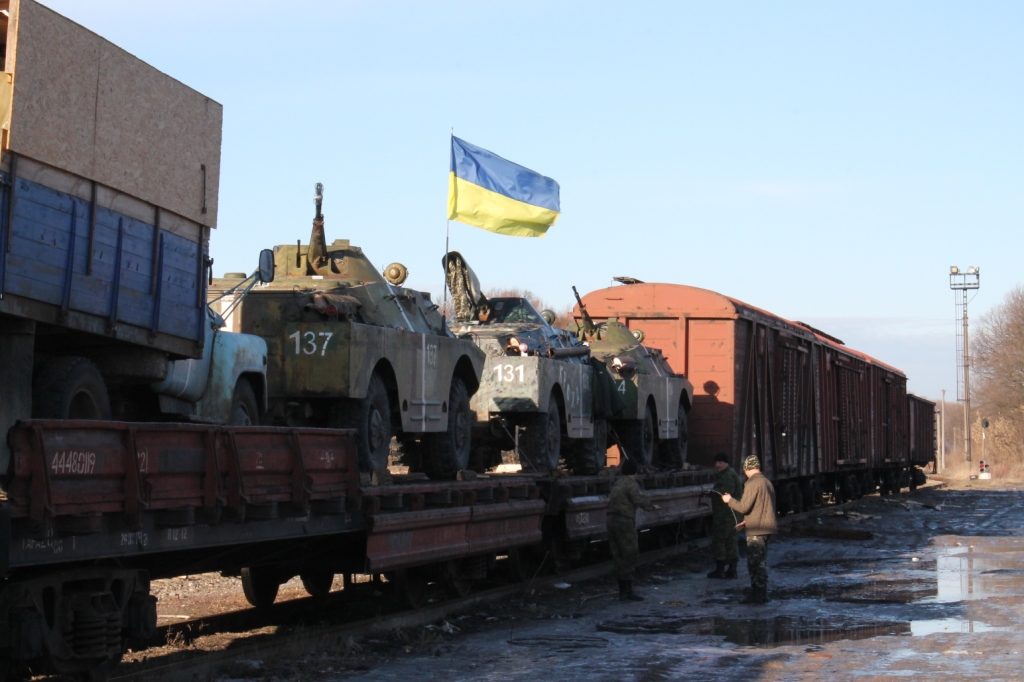 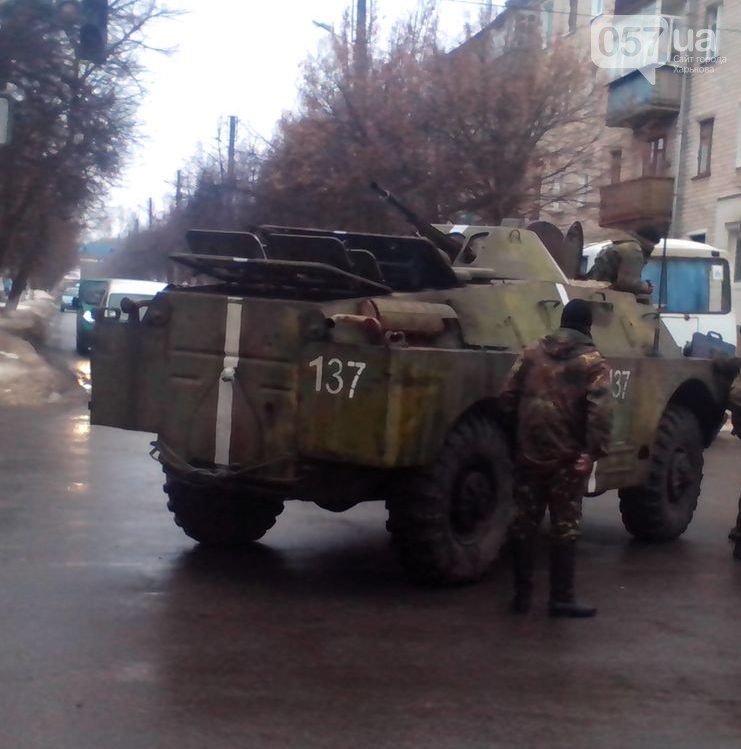 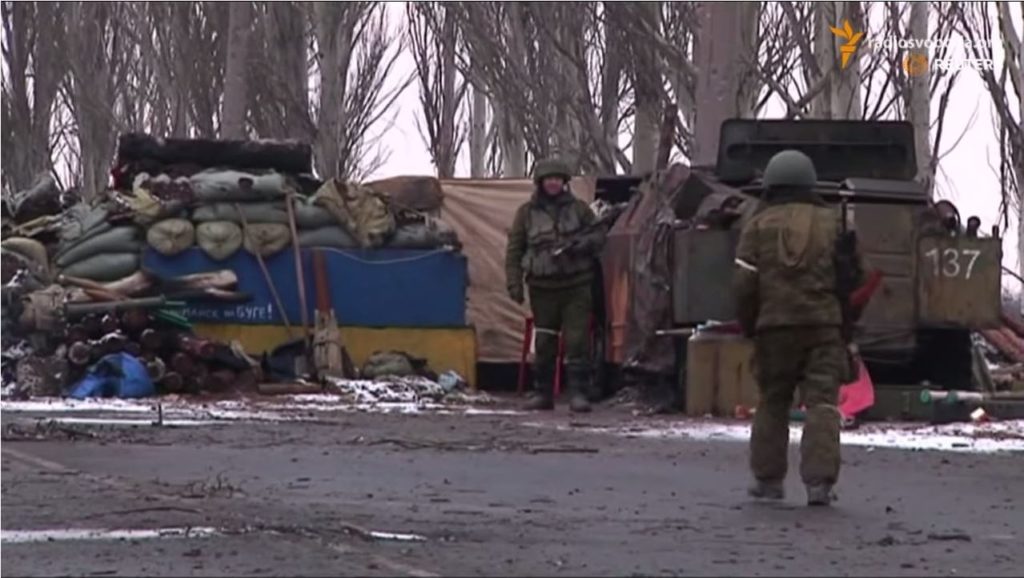 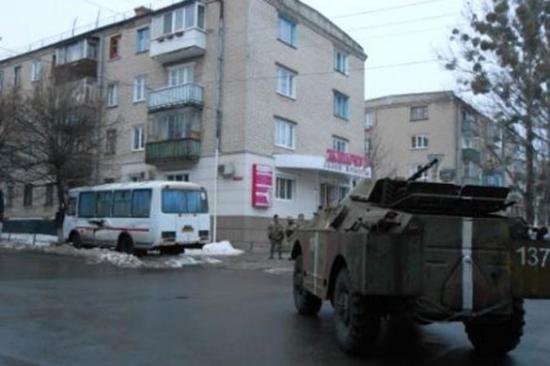 Curiously enough, only one of the photos presents the left side of the vehicle and it’s not really a clear view. This is a problem but also an opportunity for me. I’d be able to improvise not worrying about the historical accuracy.

What I really like about this particular vehicle is the amount of paint layers that was applied throughout a long period of time. Every colour has its history which affects its appearance.  I’ll try to break down the layers one by one starting from the bottom:

Nothing surprising here. Pretty much every single soviet vehicle got this factory layer of green. I can’t see many scratches on the base colour, but it sure is old and faded. BRDM-2 was produced only until 1989 and I wouldn’t say the green was repainted on my vehicle since that time. 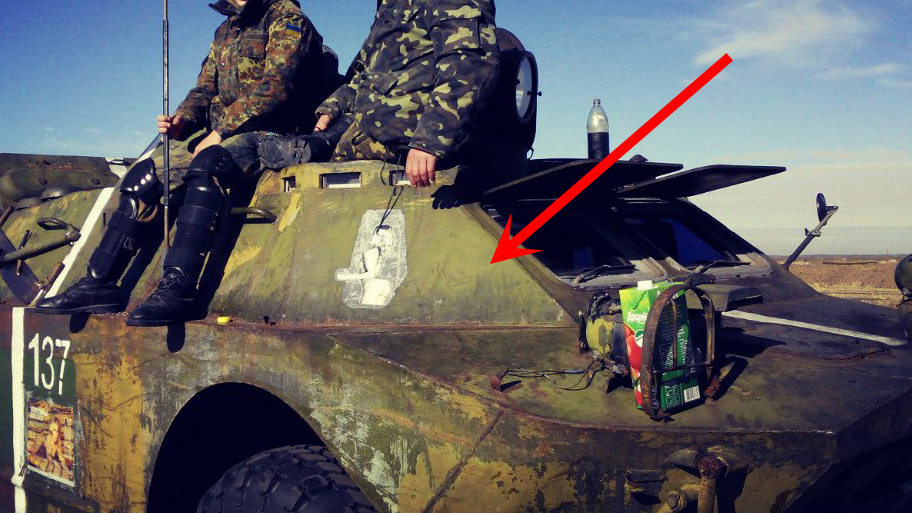 I’m not sure what this is exactly. It looks like a very old winter camouflage but the white paint is only visible around the wheels, nowhere else. Strange. 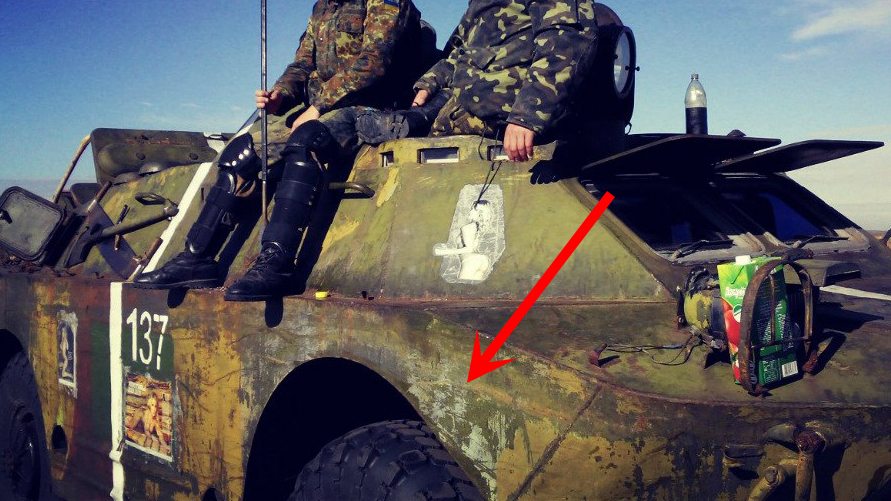 Here’s where it gets interesting.

We can see that the yellow camouflage colour is almost completely scratched away. It comes off in big chunks. On the other hand, the red brown colour looks as if it was washed away like a washable camo paint.

To recreate this I will need to use two completely different techniques. 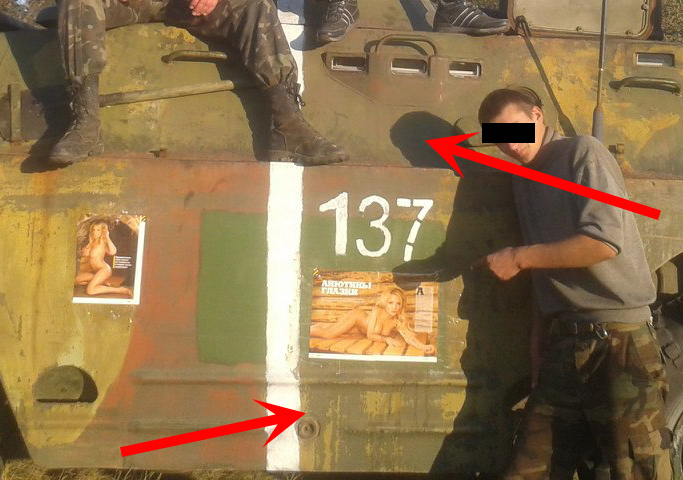 I’m not sure why is there so much difference in how those two colours age. We’re dealing with a semi-partisan troops so it’s possible that the paints used for camouflage were some random non-regulatory colours. I’ve seen other photos from this conflict where the yellow paint just peels off like crazy. Take a look at the photo below. 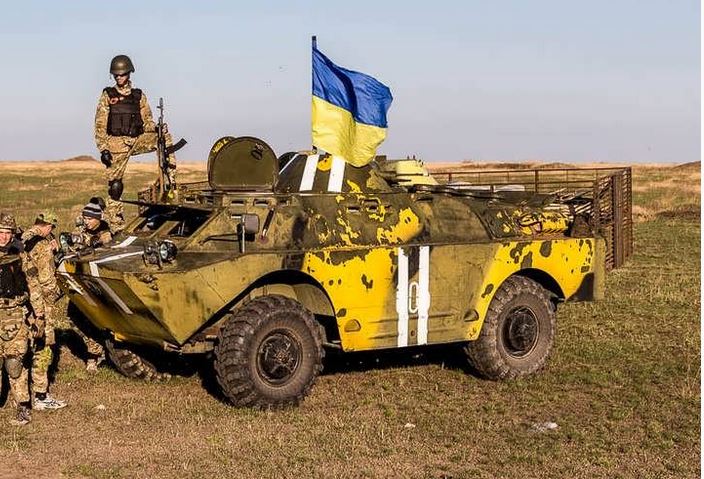 The rectangles were painted obviously after the camouflage and they look fresh and clean. I’m not 100% sure of their purpose. But here’s a theory: I think they were meant to cover some obsolete unit markings – for example after the BRDM was transferred to another unit or captured by the enemy. 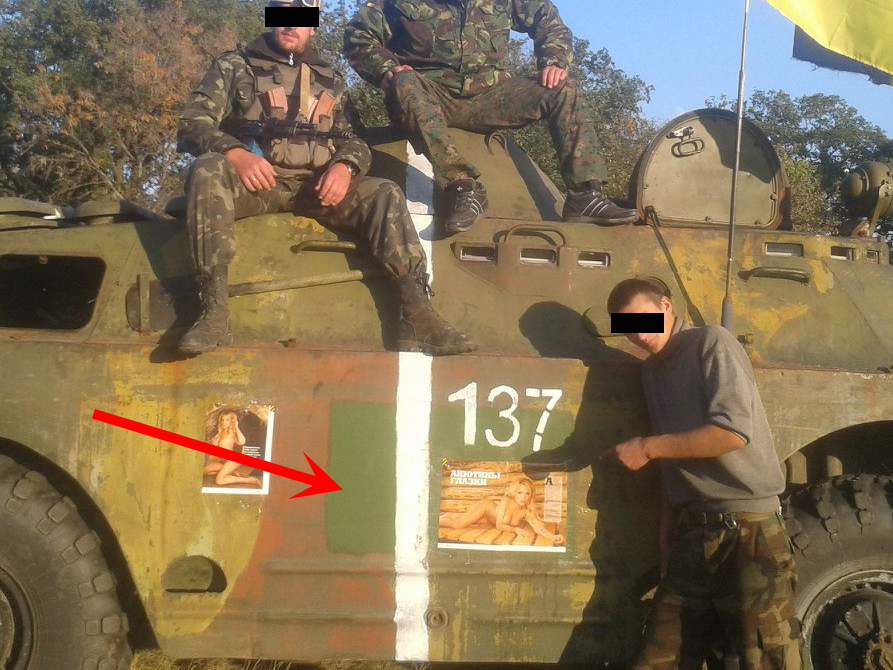 And last but not least, the white stripes that go across the vehicle. They also look fresh and were hand painted- the line is not completely straight and has some imperfections. 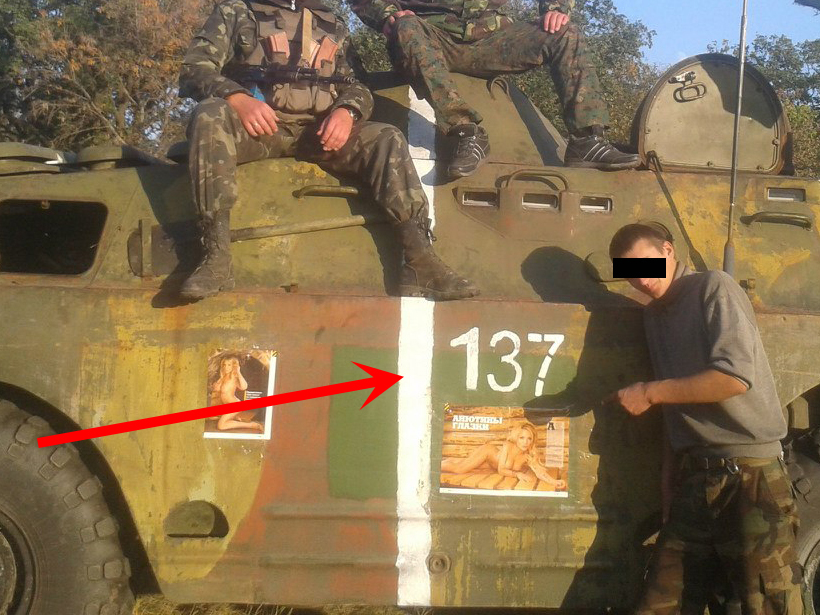 The reason of the stripes is obvious: it is a fast recognition marking that is often applied when two sides of the conflict use pretty much the same equipment. I’m sure you remember the Russian tanks from the invasion on Czechoslovakia in 1968. They wore a similar stripe. 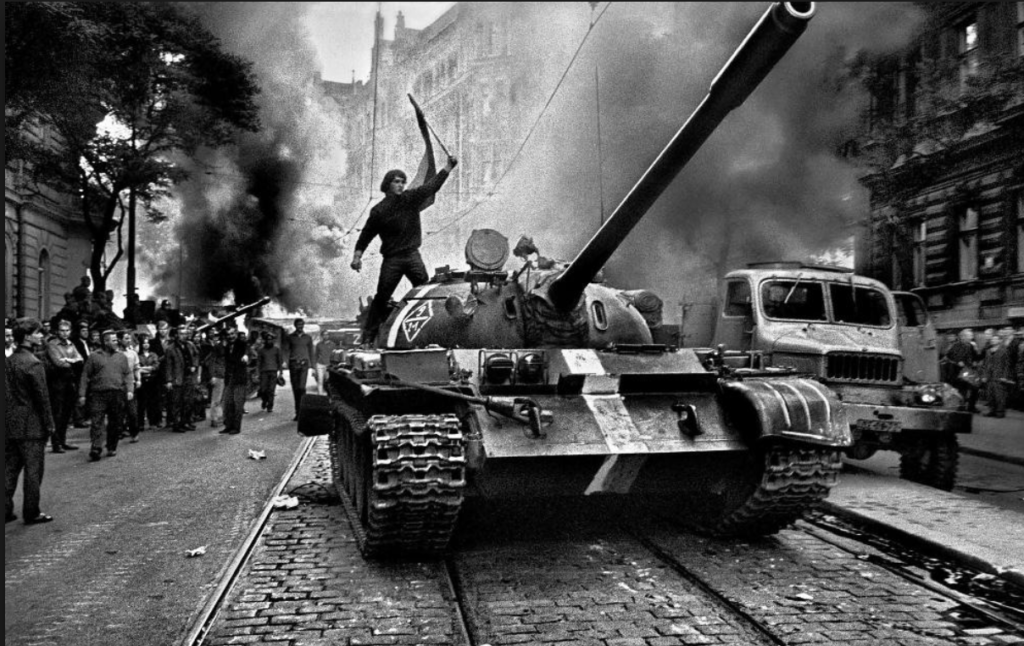 What else? Rust, scratches, paint chips, dust, Playboy centrefolds? You name it, my BRDM-2 has it all!